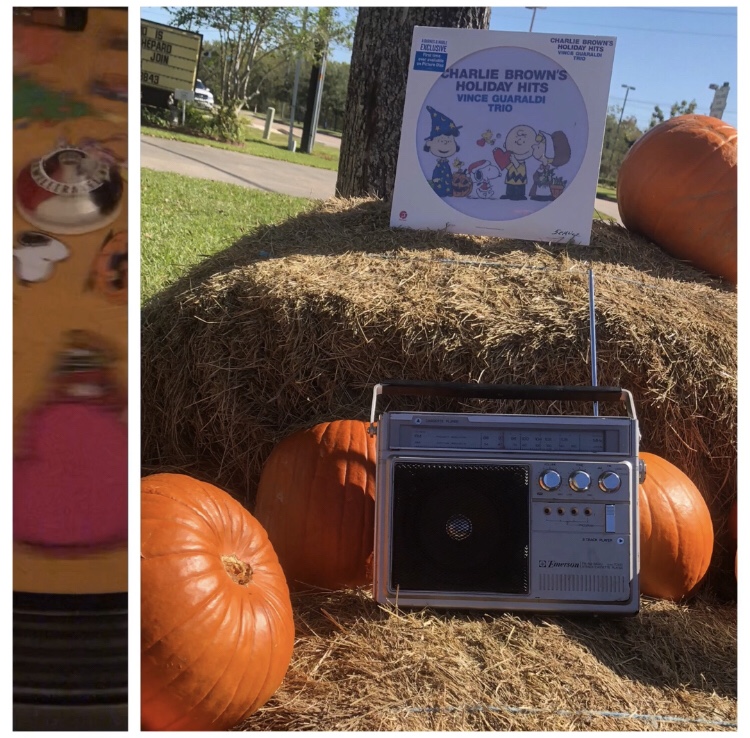 If you have never unloaded the trailer of an 18 wheeler full of pumpkins, you may be missing out. It’s organized chaos; hot, humid, in a constant state of motion and might leave you saying “good gourd!” the following morning as you slowly and sorely stumble out of bed. That being said, the soreness fades and you sign up to handle other deliveries during pumpkin season.

It’s been nearly a decade since I had the pleasure of serving on staff at Pearland’s “Pumpkin Church”, also known as St. Andrew’s Episcopal. The nickname emerged well before I arrived for the tremendously large outreach and fundraising opportunity that is a Pumpkin Patch for St. Andrew’s. The funds raised support the mission of the congregation, and in many instances, support annual Summer rebuilding and repair efforts for the youth of the community to serve in.

It’s pretty great PR, if we’re honest, as it provides a venue and service for some of the many social media uploads you’ll see in October from young families showing their kids the traditions that were passed down to them. And, it’s an event filled, for particular extra special moments, including trick or treat-ing in the patch.

But, more importantly, what the pumpkin patch has provided is a way to bolster a diverse and ever growing community through service. Standing in the back of an 18 wheeler, passing off pumpkins down a daisy chain of volunteers to be placed in the patch (not holding by the stems, as the gourds are susceptible to breakage) allows neighbors to come together and share in making this suburb of Houston just that much brighter.

I learned a lot about myself and met some pretty great people along the way at St. Andrew’s. It was my first real “Director” role when I served on Staff, and helped in many ways to refine the green tendencies I identified as a 20 something entering a workplace, specifically in the religious and non-profit field. I was provided an opportunity to explore what worked, what didn’t and examine both. I won’t say that every day was always rainbows and sunshine, but I was very lucky to have a level of support through being able to come into my own and discern a path that has ultimately led me to where I am today. For that I am thankful.

There’s one other piece that I wanted to share about some of the fine folks at St. Andrew’s, sans names due to respect for privacy; I was maybe 5 or 6 years removed from serving in any sort of role. Life had taken me to a different part of town, a different calling and facing very different living and personal situations. It was a really sunken place I found myself in when there were a few parishioners who reached out. I felt broken and unworthy, I was searching for answers that only time and a painful at times journey of reflection would provide. For those folks to reach out, it was a healing moment of seeing the tenants of what is preached in action. Though I try to remain religiously ambiguous (at best), I am grateful for the humanity and care exhibited.

The track this week is “The Great Pumpkin Waltz” by The Vince Guaraldi Trio. I am a huge Charlie Brown fan, and Guaraldi ignited an appreciation of accessible Jazz to me that I honestly think has opened doors to a deeper understanding later in life. Of the many traditions that I feel like I can pass on, music is ultimately a strong suit, thanks in part to the blog.

I scoured the Houston area one Sunday afternoon to find a version of Guaraldi Trio Holiday hits. I prefer to shop local if possible, but found myself looking online at store availability for Barnes & Noble. The record featured wasn’t my initial pick, but has surprisingly been a real find. It is a picture disc that consists of Guaraldi’s most recognizable moments from the Charles Schultz dynasty. I am a fan of The Great Pumpkin Waltz this week for two reasons; the first because unloading a pumpkin shipment is like a dance that you learn the steps to really quickly. And secondly, because even after nearly a decade of leaving Pearland and the vibrant community it is; I have finally claimed a peace that time, work, and gratitude have provided.

Get out there and buy yourself a pumpkin. I am sure you’ll be welcomed.