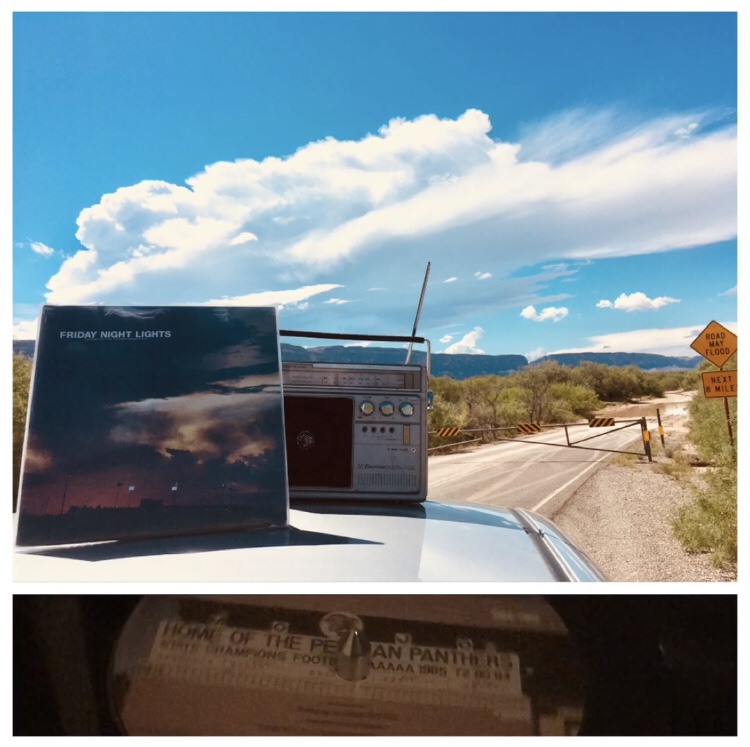 Rain hitting the dry flat land of the valley quickly collects and pools in a way that has you questioning whether or not you will make it back to the luxury of the Marathon vacation rental property or forever be left as a casualty of the dessert highway. The lifted trucks passing in the opposite direction of your travel throw the collected precipitation into your windshield as if lobbing a full metal bucket across the hood of the midsize SUV you are driving. Below you, the tread of the tires fill with fluid, doing their best to embrace the asphalt and propel you toward the direction your white knuckle grip designates.

The evening before the trip into Big Bend’s St. Elena Canyon Adventure, there was a storm. The park itself holds a lowered speed limit to increase safety for any potential encounters with the wildlife. Coincidently, some of the wildlife, specifically the Tarantulas must have known the storm was coming as many were individually spotted traveling in the same direction across the vast roadway system. Such an event was both spectacular and haunting at the same time.

The way that the National Park is set up, there are 3-4 major entrances relatively spread across cardinal directions. The park has visitor centers where you can secure a cool drink, grab a park map, even send mail and refuel. Knowing the locations of the fuel sources is vital so that you don’t wind up stranded in the journey. Cell service is spotty at best in the remotely populated park ground. While there are in Park accommodations, there are also small towns located outside of the wide stretches of land that cater to guests.

One of my favorites is Marathon, Texas, where there are rolling views of Mountains, a few very well run establishments for room and board, as well as a wonderful grocer (@frenchcogrocer) and one of my favorite photographer’s (James H. Evans) galleries. James has been in the area over 25 years taking amazing photos and his wife Marci owns the store, but can usually be found between the two businesses making sure everything is running smoothly. Great folks and a reason that I choose Marathon in a heartbeat as a fun midpoint for a vacation getaway. Coincidently, because the drive from Houston to West Texas is an arduous one, I prefer a shorter drive in and back on longer travel days sacrificed by not being as close to Big Bend for day trips in.

The morning started with the headlights of the SUV turned on to guide the way toward the beautiful Canyon I had seen a couple of years prior. Where I was still a little shaken by the previous night’s drive back in the rain, I was as cautious not to encounter any larger game grazing on their breakfast. Javelinas, Deer, Coyotes; I had my eyes peeled to the road and along the side of the highway for reflective eyes. Early in the drive on this particular morning, there was a daredevil of a bird that lost a game of chicken with the front of the SUV. It flew up from the passenger side of the car and met it’s fate, as I presume it was either enchanted by the headlights or might have been chasing prey. Even if it sounded like a glancing blow to the ABS plastic, I was rattled, now twice as much as before. With the Tarantulas, I found myself asking if this was some sort of omen and if I should turn back. But as the Sun began to crest over the horizon, I knew I was where I needed to be.

I bring up the entrances to the Park, the Visitor’s Centers, the speed limit within the park boundaries and the vast size of the location to convey part of what I find so enchanting about the area. Where I think I might die alone in the desert on an ill-timed hike to Balanced Rock, there is also something liberating about potential for solitude and reflection. But, 20 miles difference from a park entrance to the trailhead of a hike is only magnified by the fact that you can’t (and for good reason) fly down the asphalt or even sometimes gravel roads like you would a highway. You are able to take in the majesty of a wide open space when it takes you double the amount of time to cross it as you would the same distance in a bustling city.

St. Elena Canyon in it’s own right is a massive testament to beauty of nature that has stood over time. The Rio Grande flows through gigantic rock walls. What I remember it looking like from a previous trip is this:

There is a shallow bed of smaller rocks to walk out alongside before you see the sediment filled Rio Grande slowly flowing, quietly and calmly sweeping an underlying current. This, outside of conquering Balanced Rock, was the “money shot” I hoped to share with you this week. Instead of photoshopping in a boombox, when there was no warning sign along the way at a park entrance, nor a visitors center, nor at a connecting road junction about the flooded trailhead, I was able to pose the record I had rush shipped to make it before I left for West Texas atop the SUV along with the boombox. It’s hard to tell, but the record is propped up against the backside of a Flipbin45, which while smaller than the 12″ record case, was able to stabilize the jacket from impending wind. If you look close enough, the beginning of the trail (still 6 miles from the Canyon) had a sign that reads “Road May Flood” just ahead of standing flood waters. This shot, I had been on the road for no less than give or take 2 hours in a single direction for, was not going to happen as planned. I looked for options around, I took a couple of back up shots even further from the trailhead entrance, but this was the shot I decided to use. At least until the next trip to celebrate how spectacular of a place Big Bend is.

I would almost bet that among the things that Texas is known for, a strong Football culture is one that falls in most “Top 10” lists. We start our kids off young, idolizing the playmakers and tallying the columns between wins and losses early. Football, in many Texas towns fuels rivalry, competition, and community pride. In 2004, a movie by the name of “Friday Night Lights” arrived, later adapted into a television series for STARZ, as a drama surrounding the life of a high school football coach and the team he led. A big quote for the movie and the subsequent series was “Clear Eyes, Full Hearts, Can’t Lose”. I chose a track from Explosions In The Sky this week from the Motion Picture Soundtrack. It’s Called “To West Texas” and is song that builds on itself at each beat. I think the filmmakers or whoever was hired to compose the soundtrack, understands not only football culture in Texas, but what it’s like to gear up for a journey. They know that sometimes, it doesn’t always go as planned but that we make the best of what we have.

I feel like I walk with clear eyes in West Texas. I usually arrive fractured and craving inspiration, solitude, contemplation. Big Bend has never let me down, even if it wasn’t the path I initially selected. In many ways, this is a place where I finally know I can’t lose.