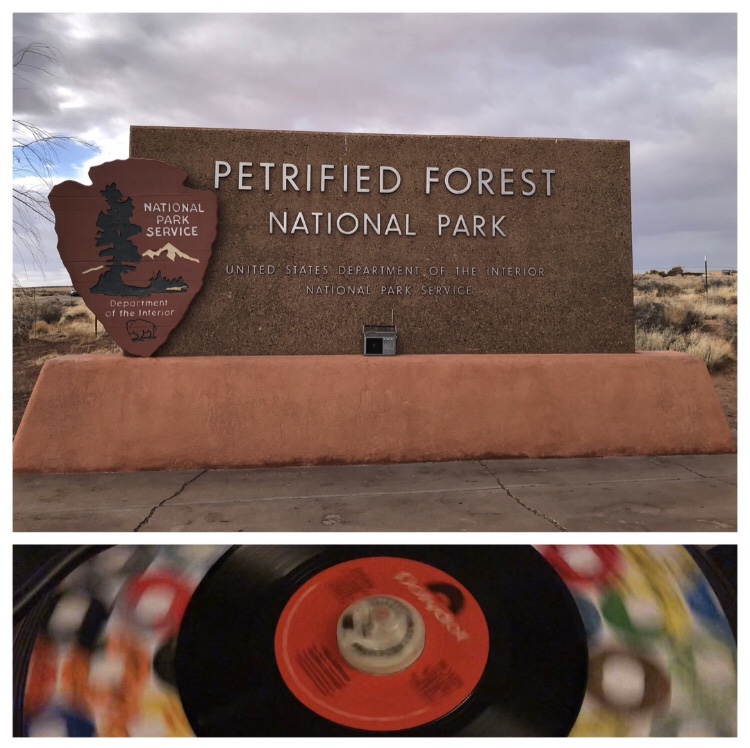 I would love to tell you all about the ins and outs of Petrified Forest National Park; I was super excited to see all that the park had to offer explorers. But, while we did make it to the park on our journey west, a stop and go traffic route only allowed us maybe 10 minutes before the park closed at 5pm. I debated using the location on the blog, but in a year filled with hopefully a return to more travel I am chalking this up to a quick return and update.

For sure, I learned something that day we trudged along on the highway seeing rows and rows of brake lights; that best laid plans can always change. Arizona has much to see and to their credit it is pretty spread out. Hence, we were learning the highway and making our own fun along the way.

This week’s tune is one that is super familiar to me, even if I wasn’t yet a thought when it was originally released. My second summer staffing at Texas Lions Camp, I helped run the radio program which actually housed a short wave radio station. There was a pretty solid rotation of music that was broadcast and while I couldn’t tell you all of the inner workings of the mechanics behind it, “I will survive” was a pretty routine play. I appreciate a great cover and Cake’s version is a solid stand in when needed.

The Summer before I took the lead at the station, a couple of staff members decided it would be fun to play some more adult themed tunes as a live broadcast. Allegedly, as the story goes, some faithful listeners outside of the campgrounds didn’t appreciate the new programming so while live on air, the staff members in question were stopped and off air, reprimanded by the higher ups. I still don’t know if the levity of what could have occurred by FCC standards were ever addressed, but I took the position very seriously when offered to me the following year.

The song seems fitting for both the trip to the park as well as any other story of triumph. I recently saw “Potted Potter” on it’s run in Houston and the final song is a rendition that will make Gloria Gaynor proud.

So, as we enter a new year, let’s learn to continue to roll with the changes; plan for what we can and gracefully adapt to what we can’t plan for. And let’s take care of one another, y’all.