The Show Goes On, Lupe Fiasco 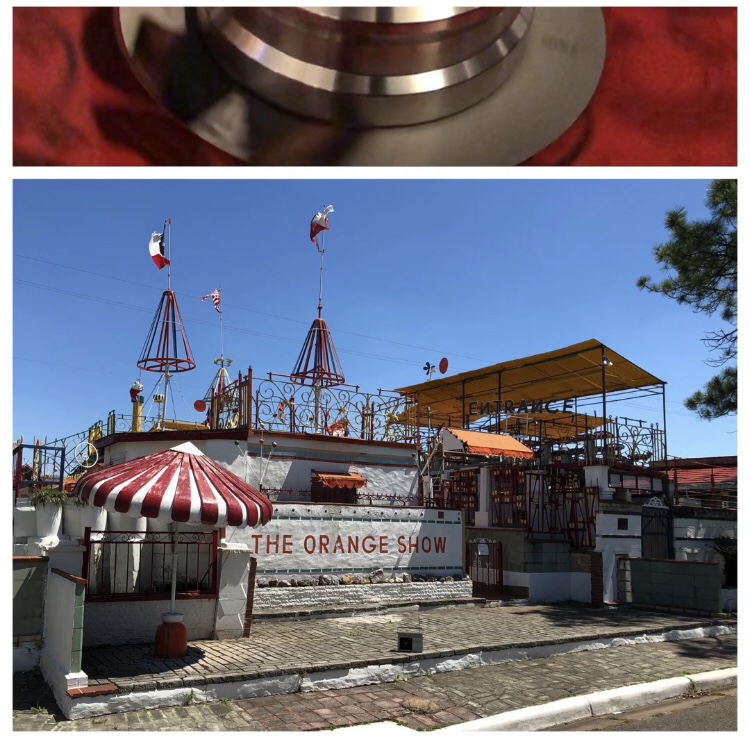 The Orange Show in Houston was single handedly constructed from 1956 until 1979 by mail carrier Jeff McKissack. The folk art structure is an ode to the power of nutrition, hard work, and the creator’s favorite fruit.

The structure seems indestructible as a kid, as one moves through the maze like interactive exhibit that includes a wishing well, a pond and an oasis.

As we approached the 3 year mark of the blog, I have been thinking greatly and often of projects and movements which have displayed longevity. It’s one thing to create art that you can hang on your wall privately and reflect back on over time. Something completely different to maintain something publicly.

Full disclosure; I am proud to have about a year of weekly content pretty much ready, but I already am thinking about year 5. Is this something that maybe I challenge into a podcast? Have I already met my goals?

So far, I am having a great time and that goes a long way. So, as they say: the show goes on.

Lupe Fiasco may be easily in my top 10 MC’s of all time. I have featured his music on the blog before and was fortunate to see him perform in Houston a couple of years back. He was between projects, so didn’t introduce much new music. It was the hits, the songs that make us sing along and push the set forward as though time ceases to exist.

There’s been plenty happening in life recently, for which I am relearning to be thankful for. So, as a way to cap off the post this week, we’ll keep things moving by saying the show must go on.