Candidly, 2020 has been a year that I, as many have been ready to put behind us all for quite a few months. 2020 presented challenges of the like that we have never experienced. We have lost family and friends at higher rates than I can before remember, many of us have had to pivot in our careers to work from home, as well as learning of and adjusting to precautions toward an otherwise ominous disease. Thankfully, vaccines are produced and administered as we head into a new year. 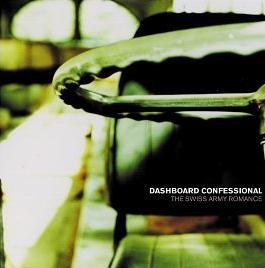 This repress of DC’s 2000 LP arrived at just the right time to address any Pandemic angst. Eat your Emo hearts out with the great Chris Cabrerra repressing many titles from 20 odd years ago. I won’t judge as we scream sing “Screaming Infidelities” together.

8. Atmosphere / “To All My Friends, Blood Makes the Blade Holy”

The 10 year anniversary pressing of this collection of EP’s arrived similarly to the Dashboard Confessional’s Swiss Army Romance. However, on a much cooler tone, highlight “The Best Day” included on this 12″ piece of wax. Your favorite DadRap pioneers from Minnesota basically require you to spin this one.

I have been continually impressed with Colemine’s output in 2020, including a repress of the Label’s “Soul Slabs, Vol. 1”. This is a great soulful mix of artists that can both be a great listen alone, or as the background of your next zoom get together. More than background fodder, but with an array of tracks that will have you interested in learning more about every track you spin. I can’t call just one track to highlight, since I want (and thankfully own) them all.

2007’s “Irreversible” from Grieves wasn’t pressed on vinyl until 2020. Vinyl is an expensive undertaking for many artists, and as an entry LP into the market, it is no surprise to me that an artist doesn’t press any until later in the catalogue. However, I guess in a warped logic that 2020 presented (with artists being unable to perform as regularly/tour), Grieves delivered a new opportunity to secure the freshman LP.  Check out “I ate your Soul”.

I think the cat is out of the bag on how much I enjoy Nathaniel Rateliff as a solo performer or with his band “The Night Sweats”. However, I have seen a few great duets that Rateliff lends his talents to. This great 45 included “Summer’s End” with Courtney Andrews and “Sam Stone” featuring the late John Prine, who penned both. Rateliff delivers a hauntingly sober performance that anyone would be foolish to miss out on.

Pre quarantine, I was able to catch Marlon Craft headline a small show at Houston’s Satellite Bar. I had seen a few clips online of the large market morning shows and Craft deliver some sick freestyles that have restored more hope for the future and present of hip hop. The live show was great, and I inquired at that time to the tour manager if they were pressing any vinyl. I was told about a year or so, and “Funhouse Mirror” delivers. Craft took some heat from the track “Gang Shit” that addresses a timely take on police brutality and relations. However, I am also fond of “Dribblin'” and can’t wait for his sophomore release on vinyl in 2021.

This 45 reissue set that arrived from Dynacuts was a bit of a surprise to me, and I fully credit @DrDiggns for keying me into this great 2 45 set. 4 tracks that can reset your mind at any given time and double as great breakbeats. 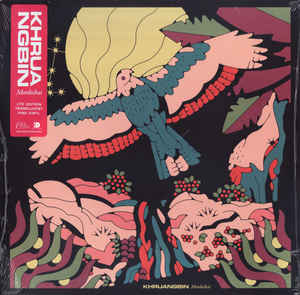 I drank the Khruangbin Kool-Aid in 2020, and haven’t regretted it nor looked back since. I picked up some of the local Houston band’s back catalogue and kept it in heavy rotation. Aside from utilizing the Christmas cover featured in last week’s post, I have a hard time getting “Time (You and I)” from the Mordechai LP released this year out of my head.

Alas, we have arrived at Kelsey Wilson’s creation of “Sir Woman”, which takes the cake as 2020’s winner. The Austin based artist who is frequently associated with her collaborative talents in Wild Child has added to her soulful catalogue. The title track is equal parts fierce as it is inviting. In a year where I have felt the need to call things as I see them (maybe more now than ever), being able to exclaim in so many ways that things haven’t gone as planned but that I am making my own way through it is the pinnacle of expression.