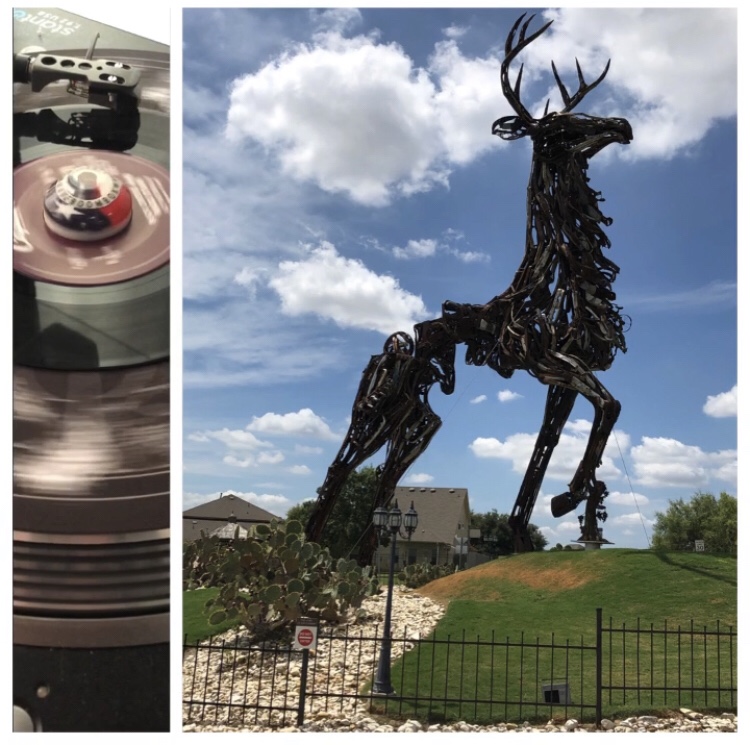 When a deer spots the headlights of a car, their eyes dilate fully to capture as much light as possible. Subsequently, the deer is blind in that moment until their eyes adjust. In many cases the deer will “freeze” until they can regain their bearings. Every action and movement to be made pauses until the adjustment becomes normalized.

When a toddler is spotted meddling in an area that they are not allowed to be in, in many cases they adopt the same “freeze”. You can see the processing of everything around them run across their face. I imagine either in a herd of deer or a mischief of toddlers (my favorite definition of a group for that population) , when acknowledged, one is whispering to the others “Everyone stay cool. Act Naturally.”

The location this week was actually a find from checking out Atlas Obscura. The site lists quite a directory of attractions and oddities as well as the tours and merchandise they produce. I was on my way to San Antonio from Houston, when I was able to make a very quick detour to see the sculpture I would have otherwise missed.

The work is created by Florentino Narcis, who used recycled items to compose the towering 40 foot piece of art. The piece is designed in such a way that even as you move around  it, each angle is unique and majestic. Fittingly, the sculpture is located at the center of a roundabout, so you have an opportunity to see it from all angles.

The track this week is “Act Naturally” by Buck Owens and Ringo Starr. Both artists sang the song earlier in their careers, but like many other gems that arrived out of the 1980’s, the idea of a duet recreation of this hit emerged. The resulting track seems like a supergroup cut of the song that you might remember in a clip of Disney’s “Remember The Titans” (26:07, for those of you with Disney+). Starr, well past his early Beatles fame, and Owens, an aging country music performer were both commercially on a downward career trajectory at the time. But, at least from an outsider’s perspective, what makes this  oddity appealing is that neither performer was too serious about finding this new path. As though, they were able to piece together otherwise discarded parts of their collective paths and reassemble them in a new, fun and interesting way. Moreso, they each moved away from just freezing up in the center of the spotlight that still shined upon them.