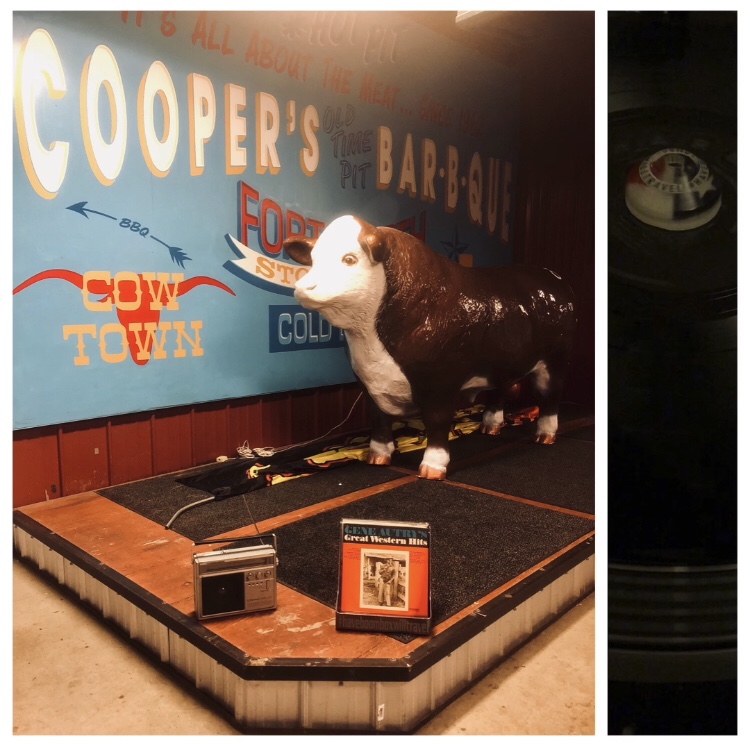 Fort Worth has a storied history of being a point across the start of the Chisholm Trail, where cattle were driven cross country to sell and produce for wide distribution. Texas, with many stereotypes can readily claim our affection for the Beef Industry. We may not all eat Beef, but the ways in which those of us who do can prepare it is astonishing.

We BBQ, Smoke, Broil, Fry, Smother, Slice, Chop and Cube different cuts until they are all tender and delicious.

We can tell you the difference in the way we choose to prepare our beef, and the reason we are “right” for choosing that method.

From production to preparation, Texas is second to none.

I learned of Cooper’s Original BBQ in Llano about 15 years ago. A large faction of a Central Texas Business that I was a part of at the time would travel from Kerrville to Llano occasionally for an after shift meal. We would select from the large variety of Pit style prepared delicacies.

When I heard of Cooper’s expansion to New Braunfels, I made it a point to stop in. When they opened a location in Katy, I did the same. I stumbled onto Cooper’s in Fort Worth, but it was like seeing an old friend.

I remembered the moist brisket, the burnt ends charred by the constant an low heat slowly applied. Of the preparations available, BBQ can be a love letter if done right. I ordered a Beef Rib, a specialty that many BBQ restaurants don’t carry, and an apple cobbler; a personal reminder of my time in Central Texas.

BBQ is southern comfort food, if described as anything. There is skill in preparation and love in the details that differentiate everyone’s process. And while BBQ may have many regional preferences in and outside of the state, ultimately, Texas beef reigns King in this arena.

The song this week is Gene Autry’s “The Last Round-Up”. Cooper’s in Fort Worth has this statue of a heifer, which seems both fitting and heartbreaking at the same time. It’s almost a tribute to the circle of life. But, there is beauty in the balance. And, while I not make it out to Fort Worth as often anymore, or Llano for that matter, I am happy to round up a great meal in Katy regularly.

See y’all further along up the trail.