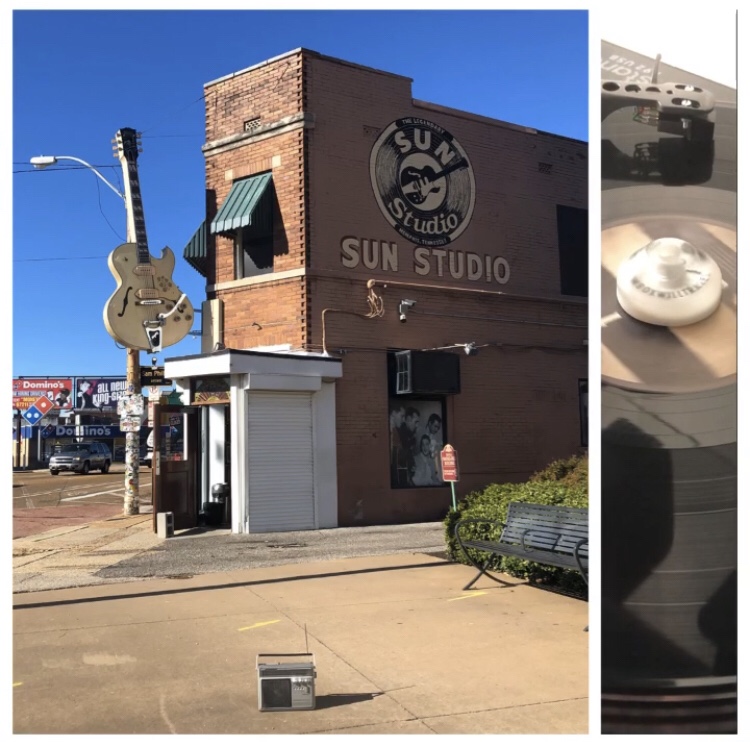 This week, we get to feature The Legendary Sun Studio in Memphis, TN. While the Sun Record Label is in nearby Nashville, the Studio is where rubber met the road, so to speak. Many consider the studio to be the birthplace of Rock n’ Roll, playing host to Elvis Presley, among many other blues and bluegrass acts recording through the years. The location now plays host to tours of the historic studio.

The tour is informative, albeit the space is limited. The entrance has plenty of gifts to commemorate the experience as well as a small cafe. Really, visiting felt to me like a connection to an important part of musical history.

This week, I selected “You Are My Sunshine” as performed by Norman Blake. The track was featured on the OST for “O Brother, Where Art Thou?”. What brought me to Sun Studio was a connection to history that illicitly included a journey from Houston.

I once heard that the Coen brother’s film is loosely based on Homer’s “The Odyssey”. The hero in Homer’s work spends nearly 10 years trying to make it home after the fall of Troy. It details the trials and subplots that stand in the way of the hero.

After initially looking into what song to pair with the location this week, I had a realization. Listening to “You are my Sunshine” as a kid, I felt special as being the light in someone’s day. As I have aged and have thought to sing the tune to my own daughter, I have realized the rest of the picture which the song paints.

The skies can be grey. They may be filled with clouds. But, at the end of they day, focusing on the one you love, even if they may never understand how great or deep that love extends, makes the rest of the world pale by comparison.

That is the sunshine.

This has been Sun Studio. Be reminded of what helps you feel good, warm and important. Thanks to the folks in Memphis who have with open doors been amazing.