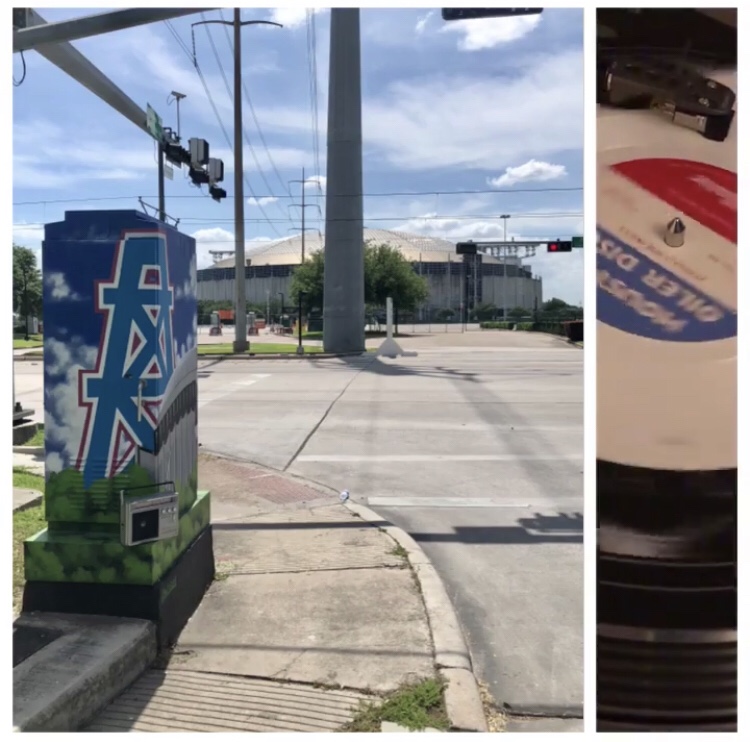 For as long as I can remember, Houston has the Astrodome. And that usually meant that there was (at least one) a plan on how to use a once state of the art professional sports facility after it had fallen well past its prime. New stadiums had been built to replace the relic, but there was still charm in trying to remember the events that occurred in that realm; Astros baseball, Oilers football, High School State Football Championships, The Battle of The Sexes Tennis Match, Concerts, Monster Truck Rallies and Wrestlemania 17. The Astrodome still stands, though some of it has been demolished in efforts to detour trespassing. The City offered a very limited number of tickets to an event to tour the building to a great deal of fanfare. I missed that opportunity, though, I am watching to see if it will ever return. The Dome has an iconic roof , which I would love to get a personal photo of. The roof reminds me on a mixture between a space ship and what I imagine the interior of a disco ball would look like if one were to peer outward from it. Whether in use or not, there is so much nostalgia built into the walls of that location for Houstonians within a specific bracket of ages.

About 10 years ago, the City held a public sale of some of the stadium’s iconic seating. Companies were making bracket conversion kits that would transform the stadium experience to the comfort of your own home. At the time, I didn’t really have the resources (both financially, or practically to get any seats home), but it was a real tempting prospect. Which, in stepping back, may be the most perfect metaphor for how the City of Houston has long held the building itself. There have been many plans along the way, some of which Houstonians were taxed for to renovate or figure out what to do with the 8th Wonder of the World. But we never got it together to gain a consensus. So, we are able to view the structure from afar, never really using it the way anyone has proposed and thinking about the nostalgia we keep for it.

I’d like to say there is something more transformative here, but the reality is that at the end of the day, it’s poetic and doesn’t always work out the way that we may have hoped. But there is opportunity there to take inventory of the resources we do have access to and know how to make the most of them for as long as we can.

The track this week is the ever solid “Houston Oiler Disco” by Donna and The Dolls. I selected the piece because it obviously has the football tie-in, but also because I found this really amazing vintage helmet shaped vinyl. Call it sappy, but I fell for it hook, line and sinker. It’s a Disco, which substantiates my personal ideation of the roof, but maybe you remember it differently.

Either way, welcome to November, let’s make some magic happen and look out for one another.