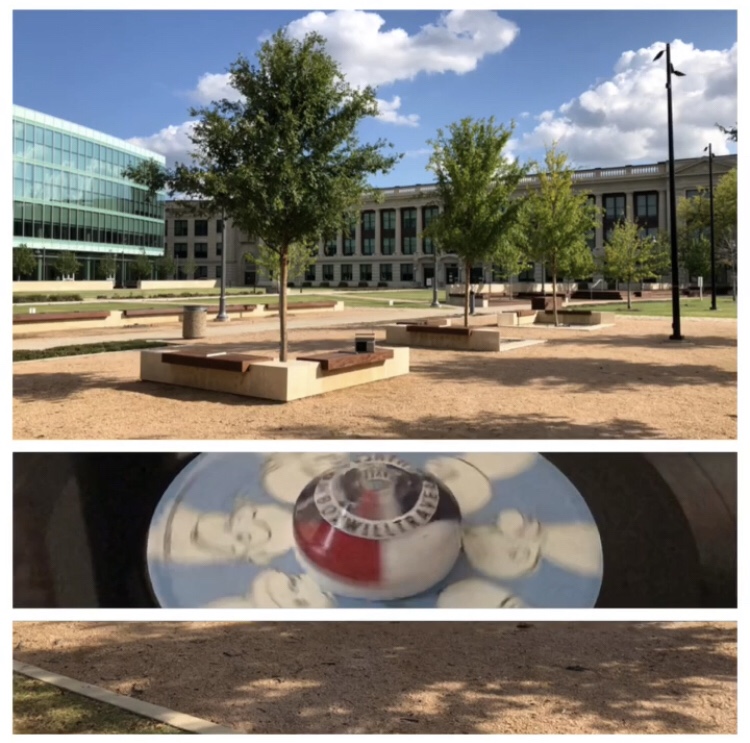 I was ready to leave high school at the age of 15 but it is not lost on me that not only was I able to graduate at 18, but that I did so after failing most of freshman year because of my own stubbornness. What presents as being headstrong and driven with some tact now, lacked any sort of tact as a teenage boy. When at around age 16, I knew that my dreams of earning a scholarship to The University of Texas were well out of the realm of possibility, just graduating high school (hopefully in four years) became the priority.

Really, making it to 18 years old alive was, but graduating was a pretty close second. The more I grew up, the more that I convinced myself that I would graduate out of spite. I carried contempt for other’s dreams of me that had no basis in the person that I dreamt of being or had any hopes to become. Graduation from high school would allow me the freedom to at least figure out what the next step was. I considered the armed forces, but since my relationship to authority was so spectacular in high school, I thought maybe a different path would be more successful. I spent my first summer at Texas Lions Camp and from there, planned to attend Houston Community College in the fall to knock out some core courses.
Keep in mind that, even after graduating, I didn’t take any kind of standardized college preparatory testing. No SAT, No ACT. I had a high school diploma, a lead on an hourly part time job at an after school care program when I returned to Houston, a Silver ’98 Honda Civic EX that had recent alternator changes and about enough money to cover a sign up for a deferred payment program and books for a semester.

When I drove up to the Houston Community College’ Central Campus for enrollment, I really had no idea what to expect. I knew I wasn’t in high school anymore, but even the “orientation” was more like shuffling people through a series of lines than anything else. Since I had not completed my SAT or ACT’s, I was required to complete an entrance exam. It felt more like a pop quiz that I knew that I did not study for. Years of public school computer testing informed my views on standardized tests. “Just get through it”, I told myself, after paying the required fee that comes along with the test. So, I guessed on a great deal of it, specifically the math portions that I struggled with.

After you complete the exam, there is a report that generates with the classes that you need to enroll in. I was pursuing an Associates of Arts in General Studies, which is the least declaratory path available. The report came back as satisfactory in my reading, reading comprehension and basic writing skills. The report also listed unsatisfactory scores on my math exam portion. This meant that while basic arithmetic was satisfactory, I would be in at least 3 remedial math courses before I was allowed to attend College Algebra. The news was heartbreaking and I was angry to find that I felt as though I had been deceived about the enrollment process. In retrospect, I can see the need for testing and why it is important to identify where students land, but in the moment I had a hard time with it. Furthermore, it was only after the testing that I learned of resources that are available to students to use in their calculations. I had none of those resources, stumbling into a test I had no idea that I would take just a couple of hours earlier.

So, there I was, caseload officially marked as a full time student, books in hand (after yet another line at the campus bookstore) and ready to tackle my first semester of college.

Enrolling for specific classes in Fall 2004 was conducted through a specific computer software program, which would list each of the satellite campuses on a scrolling list. You could choose the kind of term you were looking for (regular, mini-term, second start (which only really delayed the start of class by about a month)) and the number of days/hours that worked with your schedule. Some courses were specific to the semester in which they are to be offered. Some courses instructor approval without specific prerequisites. I ogled at the online course catalogue, keeping track of things that I would have enjoyed taking had time and finance been no object. At the time, I was determined to just earn a degree, something that none of my blood relatives had done before.
As I loaded my online cart with the coursework, reading reviews of professors on ratemyprofessors.com along the way. I didn’t care how “hot” they landed on people’s rating scale, but what I needed was clear expectation and quick response time to assignment inquiries. I found that the majority of my professors were kind and caring.

For various reasons, it took me longer than most to complete my Associates degree. I took time away, I paid for classes as I could take them, and I continued to struggle with some of the math. I started on my Associates degree in August 2004. I juggled life, work, relationships, time away and travel but still came back to finish up by December 2011. I remember feeling ashamed that I didn’t compare to the timeline of some of my peers who completed their degrees post high school graduation in 4 years from these elaborate Private Universities. I envied the jobs that they would obtain at their parent’s corporate businesses after a summer of studying abroad and maybe a short internship in the mailroom before being offered $100k+ to play golf with clients. For better or worse, that was never the life that I would ever be heir to, even if my golf swing is pretty epic (-ly bad).
After I secured my Associates Degree, I transferred to The University of Houston and completed my Bachelors of Arts in Integrated Communication. I readily wear a class ring from UH as it’s a symbol of accomplishment for me; A reminder that while it may have been a different path than those that my peers chose, I did not give up. I graduated debt free, earned an interview with a company that doesn’t care about my golf swing but covers the bills, and I continue to follow my passions.

The older I get, the more I see the value in the route that I took. Out of the two Arts degrees I earned, when I presented as a candidate for Management Development at my Corporate Employer, there were some core business classes that I would still need. Working at the Community College Level, I was already familiar with the enrollment systems not only at HCC, but at respective courses from Lone Star College and Upper Iowa University. And, in the small bit of wisdom I may have picked up along the way, I have found the journey is as much about the people you meet along the way and what you share as it is the actual destination.

That leads me to our clip this week, arriving from Jack Johnson and Friends on the “Curious George” Original Soundtrack. The song is “We’re Going To Be Friends”, a cover of The White Stripes poignant writing. On their own merits, I think it is well documented how much I love a great cover song. This one happens to be about walking to school in the Fall and sharing in learning. I thought that as classes resume, it was exactly how I wanted to share in the cyclical season.

As I returned to Central Campus to secure the blog photo, I was met by an overzealous campus security. I snapped this one photo before being reminded that campus at that time was closed. I really thought that the photo would be different as I snapped it. The property has developed since I was last there as a student. The large glass structure had yet to be built, and the area where the boombox sits was once a parking lot near a now defunct campus bookstore. But, as I walked back to my parked car, I fondly remembered the experience I had at the campus. The great professors and even the professors that maybe I struggled to understand. But mostly, I remembered how proud I am in looking back that even if it wasn’t the path I had originally envisioned, that I put one foot in front of the other to make my own way alongside plenty of others on their own path.

And I still have a wicked golf swing.