Marfa is as mysterious as it’s skies are open. West Texas is gorgeous in ways that are hard to define until you see them, and even then, I often find myself double checking my reality. I ponder if part of my own affection for the land is due to it’s unfamiliarity to me, much different scenery than the concrete and steel construction I find on my suburban commute into the office. I am convinced that the painted ether by which I inhale oxygen deeply and exhale carbon is no further out of my reach than the distances between the lines on the divided highways running throughout the area.

Locals will convince you that they know the reason for the lights. There are multiple theories, all of which you have to decide for yourself what to lend credibility to. I have still not seen the lights, despite my best attempts. So, in respect to capturing a great shot for the blog, I stopped off at a time I also knew the location would be empty of theories and full of expansive views. Daylight has a wonderful power to reframe moments. 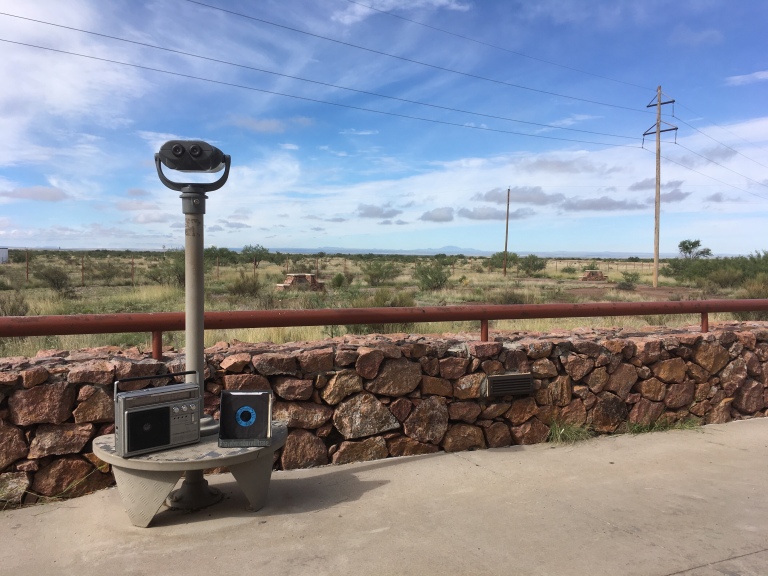 What I found at the Viewing Center never had a shot at explaining the theories behind the widely debated Marfa Lights. What I found was an empty thermos, wide open skies, and a place to just breathe in the beauty of the environment.

The track this week is “Morning Star” by Kool & The Gang. If I was to catch any stars on this trip, I thought for sure it would be a Morning Star, fading into the distance as the sun rose.

I wish at times I could tell you more about how transformative this place can be, but writers much more verbose and veracious than I have waxed poetic about this land. I was just lucky enough to have seen it myself and simply believe that you should experience it too.