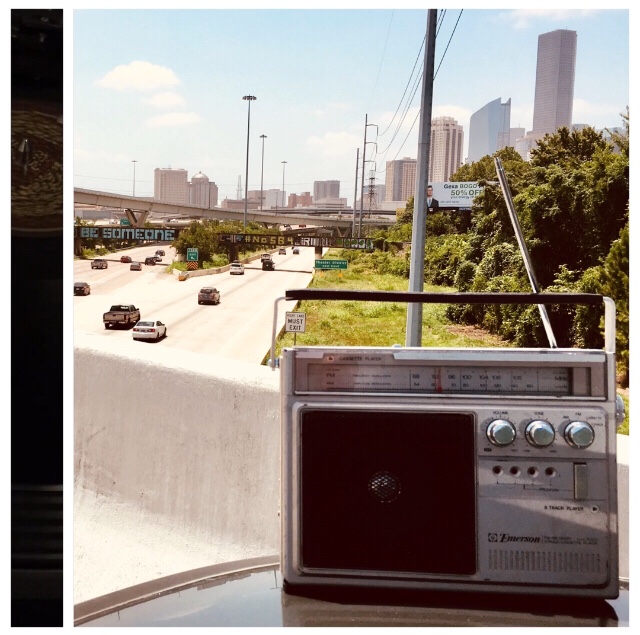 In the Summer of 2002, I was included in a Mission Trip to New York City by an ecumenical youth pastor by the name of Tom R. I phrase the statement as “included in” because at that point, I was still a little sketchy about church overall. It seemed like the experiences I had leading up to that place all seemed to ring close, but not truly an environment that I really felt consistently welcomed in. Palmer, the church I found myself at in high school, was the exception to that rule.

I don’t exactly know how, but Tom made sure that if a NYC Mission Trip was a priority to me, that there was a way to make it happen. I was partly a little starstruck at the ability to travel not only out of state but to a place I had hoped to live one day; partly awkward hormonal high school teen assessing opportunity a co-ed trip might afford (Though as I am sure anyone on the trip can vouch, would lead no where), as well as partly interested in seeing what the bounds of this religion thing meant, this was a priority to me.

I don’t know if I was a scholarship addition to the trip or if payment deadlines may have been extended for my mother who left the comfort of a regular corporate secretary pay schedule for ventures into self employment years before (still a success I might add, though things have at times leaned toward creative and resourceful). Most shocking to me and the experience I had at other places, even if I did require scholarship assistance for events, I was treated with the same respect and acceptance as anyone else in that room.

I was someone there, unconditionally.  Broken or whole, perfected or in progress, I mattered.

It was a safe space, something that as the older I become, the more I understand the value of. Palmer in that moment was a community of people who genuinely cared, for which I have so elusively chased ever since in my adult life including through relationships with others and at times, in things both material and incorporeal.

As I am sure we will be reminded extensively, 9/11/2001 was a definitive date for all Americans, especially New Yorkers. What radical terrorist groups with names we would learn hours and days after attacking the Two Towers of the World Trade Center did not destroy was a strengthening bonds of restoration and unity. We proudly bore symbols of “United We Stand” as we watched first responders search for signs of life through the rubble of concrete slabs that had toppled.

What were individually and collectively sacrificed in the tragic event included nearly three thousand lives and even more injuries. These were parents, siblings, children, friends and acquaintances all robbed of a free will. Stolen was the possibility of not only seeing another day, but the wisdom we collectively gained from their insights, passions, companionship and excellence.

Palmer was delivering prayer walls from Houston near the Ground Zero site; notes of condolence, prayers, support and empathy from a city over 1600 miles away applied via sharpie over painted plywood cubes assembled on top of one another. We were greeted by the most wonderful couple, Dorothy and Lew, who graciously opened their home to a small youth group willing to crash on air mattresses, couches, spare bedroom furniture and sleeping bags. We served in soup kitchens, we walked the memorials, scanning lost and found posters, flowers, ribbons and letters, still up from an event nearly 9 months prior. The trip also featured some of the glamor of The Big Apple; Central Park, Chinatown knockoffs, Cheesecake and Canoli in Little Italy, Times Square, The Subway, grabbing a slice at the V & T and even a ferry ride to glance at the Statue of Liberty.

From what was definitive moment in America’s history, marred with the pain of loss and change, we also stood tall to extend the narrative. We unconditionally were someone individually and collectively.

Be Someone arrived scrolled across a Union Pacific bridge above Interstate 45 (“I-45”, or “45”, depending on what you heard growing up) in 2012, and has been a folk art piece in different iterations since that time. You Could Be Someone, Be Mattress Mack, or even Be One. I like to think of the message behind what the iconic blue lettering displays as putting the work in to be the kind of people who are empathetic, inclusive, serving and faithful regardless of the technicalities that can be thrown in our way.

The track this week is “I Am Somebody” by Jurassic 5. Many of you may remember that I used their album “Quality Control” for my Bingo in the Heights post. This track comes from their “Power in Numbers” LP. I’ll spare you some of the fan boy-ing, but I will say that if you have the opportunity to see any of the collective perform together or individually, you will dance, smile and sing along.  Also, support independent artistry by legally purchasing music in the medium of your preference.

Special Shoutouts this week to Tom, Dorothy, Lew, Lizzie, Sarah, Becky, Andrew, Linda, EYC, Cornerstone, and Palmer. If you ugly cried through reading this, I hope it was in the nostalgia that I too found posting this week. No judgements, and Thanks for helping shape who I am. If you feel like reaching out, you know where to find me.

Now, as important as ever, be good to one another.