This week finds us at a favorite hideaway that you might miss if you don’t show up early: Bingo in the Heights. Whether you are out to win some money or just enjoy brushing up on your Bingo Lingo, this Bingo Hall fills up fast!

I chose a Jurassic 5 track because the intro and the playful breaks just click for me. Bingo is a community event as much as I think J5’s songs are. The style is reminiscent of the start of hip hop, where groups of MC’s were merely acheiving a singular goal and bragging about their DJ.

When I was a junior in high school, the group released a record called “Feedback” which they toured through Houston. At the time I listened to a college radio station (KTRU, for all the Houstonians out there) run by Rice University (later sold), on Tuesday nights. That radio show was a lifeline for me in high school. I was helplessly uncool, really into hip hop and loved hearing things that my other local stations (as much as I respect local rappers) did not play.

So, as the latest release of “Feedback” was touring, KTRU had tickets to give away. I called in to answer the number of members and the names for a pair of tickets.

The line connects. I answer the question, yet am incorrect in my calculations. Line releases. I call back, more confident in my response. Still missing a member, this time one who I had previously listed says the radio host. Line disconnects. Third time is a charm? God bless the host, who was nice enough to pick up a tgird time. And, with perseverance I won the tickets.

I don’t know who else really stays up from 11-1 on Tuesday nights to call in, but this was something that I won. The feeling was great.

The day of the show, I came down with a horrible stomach ache. The tickets went to a good home with a couple of buddies who could make the show. In that moment, my heart and stomach both ached.

After “Feedback”, a tour hiatus occurred as a group that would last nearly a decade.

Cut to 2017 and J5 is touring again. They played a renaissance themed EDM festival. I paid for an entry and finally saw the group rock their set. All of the hits. All of the memories. Bingo. 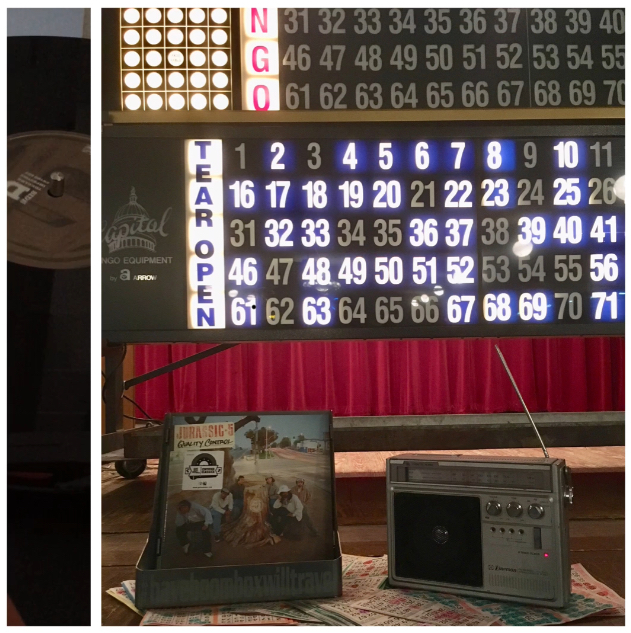