Trader’s Village is a flea market that I remember spending various Saturday mornings at growing up. As a child of the late 80’s I can point to how almost everyone I knew had a get-rich-quick scheme circa mid-90’s which consisted of finding some immaculate baseball cards that were passed down by a family member or laying around in a pile of discarded junk. I don’t know whether the persons tossing out a pristine Mickey Mantle or Babe Ruth rookie card would have been the biggest baseball fans, but sometimes dreams defy logic. Either way, the baseball card plot was mine each time that I would scour the aisles of this outdoor palace of potential.

Prior the the phenomena of the success of Marvel films, comic heroes by my estimation were exclusively secured in the pages of the books that I only ever really ogled at from afar. Most of the comics that I had any desire in reading were primarily above the comprehension levels that my parent’s deemed appropriate for me. To be fair, I am still as equally interested in the pin up art of Gil Elvgren as I am the comic illustrations of Jack Kirby.

The track paired with our photo this week is “Village People” from the group’s self-titled 1977 album. Aside from the kitsch of ironically pairing Trader’s Village with Village People, the idea of a group consisted of fantasy personae of stereotypical American men fits with my associations with the market location. Most of what you witness in the outdoor facility is unapologetic decorum presented as you walk down each aisle. By all accounts, what you see is what you get.

Furthermore, in terms of what The Village People mean for the LGBT community’s history, I connect in both the aisles of  an outdoor flea market and in a 1970’s disco group; there can sometimes be more than what appears at the surface. It is not the bravado by which we have the option of settling for that is always the most rewarding. In taking a closer look, we are presented with an option to find something greater than we could have originally imagined.

I never found one of those Mickey Mantle or Babe Ruth cards. In 1995 I did buy a ’94 Fleer pack of Amazing Spiderman trading cards which have remained unopened (and probably long forgotten otherwise), so obviously I understand a collector’s market. A recent google search found 36 packs for about $60 with shipping. I am now sure that the $5 I invested in one pack back in ’95 was a good call. Even if I did blow $5 and the majority of a Saturday morning, a swing by Dairy Queen for a Vanilla cone to save me from the harsh, blazing sun will forever be etched into my memories.

Entering 2018, I knew that I wanted to find a way to continue promotion of this endeavor and branding has been a big opportunity in that. You may notice that the #flipbin is now decorated with a sleek vinyl decal. Alberto Rios from Excel Signs & Lettering in booth 1001 at Trader’s Village did an amazing job printing and installing the decal not only to this flipbin, but one of the smaller 33 models I received at Christmas. I highly recommend looking him up if you need any custom work. Feel free to contact me if you need any of his details.

Thank you for reading along this week. I am working on some pretty big announcements coming soon, so don’t forget to follow @cratesandcrowns on Instagram for the video each Monday and this site each Tuesday! 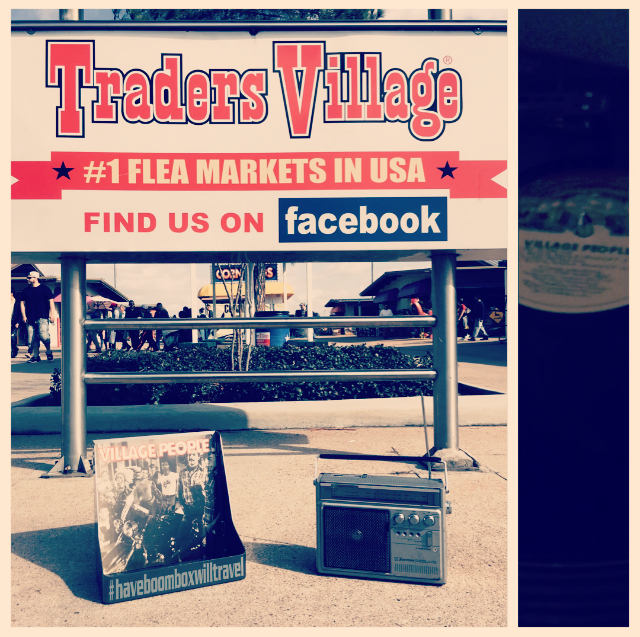