Blue Bell ice cream has regularly been regarded as a standard on Texas tables for as long as I can remember. I credit such popularity not only due to producing a superior product, but in the advertising choices that are routinely made by the company. Marketing slogans such as “Have yourself a Blue Bell country day.” and “Blue Bell tastes just like the good old days.” have cemented the company and in turn the wide range of sweets that they produce to the idea that with one taste you can be transported back to something more simple. There is something visceral about how sights, smells, and most importantly in this case taste afford that power of recollection in our lives.

I contest that music can play a similar role, trading taste for sound. I am joyfully producing #haveboomboxwilltravel for that exact reason. I love sharing stories and the connections that I make with specific pieces of music. My hope is that you connect and are able to share these stories or those of your own with those you care about. While I take a step back from the process of my daily rigamarole, music is a constant to recall different seasons in our lives.

In selecting a genre that was appropriate for this post, I could think of little finer than the  blues. Aside from the similarities between the genre and the ice cream company’s name, the blues is a tangible and vocal air of lament. Something that may have been so good for so long which is no longer available, even if temporarily pending a return. Blues is the embodiment of one part of a narrative arc, not ever the full story.

Nearly 3 years ago, Blue Bell’s narrative was directly affected by strains of Listeria, primarily located in a creamery in South Carolina and also found in the Brenham, Texas location. Production lines were stopped as the incident shook the company until making a partial return with tested listeria free ice cream. While the production halt is widely overlooked at the creamery’s Visitor Center, I bring up the more recent history to shed light on the rebounding that Blue Bell has done since.

As news of the listeria outbreak was announced and confirmed, I remember families around Pearland neighborhoods with “God Bless Bluebell” signs displayed in their front yards. If I had a yard, I would have had the exact same sign. The recall of Blue Bell products from shelves appeared as a shocking reminder of how much brand power they held, especially in Texas markets. A world without Blue Bell, although the products weren’t ever carried nationally, is a world most Texans would be hard pressed to function in.

But on the heels of near disaster, Blue Bell has returned in limited runs to our shelves, even if it never really left that special place in our hearts. 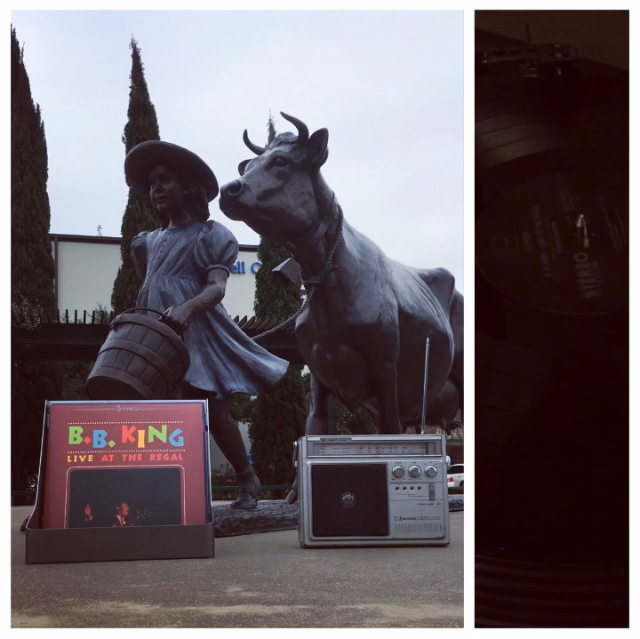